We wish to update you on the steps Performance Health is presently taking in response to the coronavirus outbreak and the rapidly changing environment. Our company has always prioritised our people, our customers and our partners. That hasn’t changed. However, the current situation mandates that we do more. We are continually implementing measures to keep our people safe and answer our customers' needs. After all, the work our customers do is vital to keeping people healthy as well.

As a component of Australia and New Zealand’s healthcare system, together with our partners, we help to protect some of the most vulnerable people in our society. Our priority is to ensure that the service we provide to the Healthcare sector is not interrupted.

Cardiac Rehabilitation: Nutrition & Heart-Healthy Habits
Cardiac rehabilitation helps improve your heart health. Proper nutrition and other healthy habits are a key part of this program. Learn about simple changes you can make to stay healthy!
Cardiac Rehabilitation: Exercise & Fitness
Cardiac rehabilitation is a program designed for people with heart problems. It helps you improve your cardiovascular (heart) health through proper nutrition, exercise, and stress relief. Get your heart pumping and improve your health with this key component of cardiac rehab, exercise!
Your Guide to Cardiac Rehabilitation
How do you prevent a second heart attack? Cardiac rehabilitation can help. And it’s not just for heart attack survivors. Studies have found that it helps men and women of all ages with mild, moderate, and severe heart problems
Cardiac Rehabilitation: 25 Tips for Reducing Stress
Cardiac rehabilitation is a holistic program designed to improve your heart health. This means it includes not only an exercise program, but also nutrition and stress relief education. Stress reduction is an important part of keeping your heart healthy. Learn twenty-five ways to reduce your stress!
Transitioning from the Treadmill to Running Outdoors
Are you beginning to train for that 5k in the spring? Let’s get you off the treadmill and outdoors! It’s a common mistake to assume that running on a treadmill directly mimics running outdoors.
4 Benefits of Outdoor Exercise
It is easy to feel cooped up in your house or apartment during these times of uncertainty and worry. Exercising outside is a great way to workout and get some fresh air, but only if you feel comfortable and safe to do so.
Information for NDIS Participants
IMPORTANT COMMUNICATION: Customer and Business Partner Update - CORONAVIRUS COVID-19
We wish to update you on the steps Performance Health is presently taking in response to the coronavirus outbreak and the rapidly changing environment.
Private Practice Free Freight Update from 1 Mar 2020
To continue to provide the most efficient service and keep prices as low as possible, from 1 March 2020 we will be introducing a minimum order value for FREE FREIGHT of $100+GST.
Understanding Your Stroke Risk
Saebo
5 Important Pieces of Advice for the New Physical Therapists
by Rebecca Moore. Performance Health Academy Blog | Feb 15, 2018
Important Information - Trading Days
AHTA partners with Performance Health
Enableliving.com.au helps NDIS customers access latest technology
New ELISPOON for independent eating
Revolutionary stabilisation spoon
New SaeboStep has arrived
Saebo's latest product for improving the life's of people living with Foot Drop.
Performance Health partners with Australian Physiotherapy Association (APA)
The Best Exercise to Strengthen the Supraspinatus
By Rebecca Moore reposted from Performance Health Academy
Choose Biofreeze Over Ice to Diminish DOMS
By Rebecca Moore, reposted from Performance Health Academy
Menthol: The Proven Pain Reliever
By Rebecca Moore, reposted from Performance Health Academy
Dynamic Splints and Contracture: What Occupational Therapists Need to Know
By Saebo
How Physical Activity Can Improve Breast Cancer Survivors’ Quality of Life
By Justin Mobilian, reposted from Performance Health Academy
Are Foam Rollers and Roller-Massagers REALLY Effective?
Justin Mobilian, Performance Health Academy
How Kinesiology Tape Affects the Shoulder
Rebecca Moore
Performance Health exclusive distributor for Richmar
Richmar is the most innovative company in electrotherapy and clinic devices today. GelSHot and Hydratherm answer the issues on infection prevention while providing superior performance.
Reclaim your Strength with Arm Exercises for Stroke Recovery
Jeff Jensen, Saebo
How to get the most out of your Hand Strengthening Program following a Stroke
Sarah Lyon, Saebo
Exclusive Private Practice Online Coupons **EXTENDED** Buy before 31 December and Save up to 80%!
Reclaim Your Stability With These Balance Exercises For Stroke Recovery
Jeff Jensen, Saebo
Exclusive Private Practice Online Coupons - Save even more but only until Christmas! 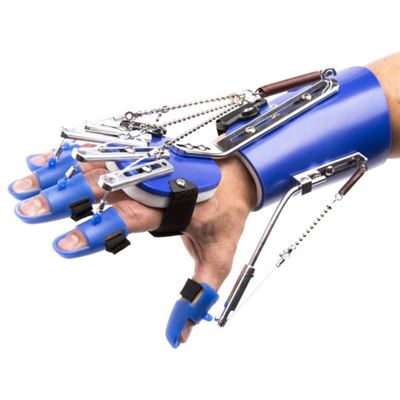 May 2018Clinical NewsSaeboGlovesaeboStrokeStroke SurvivorSaeboFlexStroke RehabilitationNeurological Rehabilitation
Stroke survivor exhibits remarkable improvement in hand function more than two decades after stroke, disproving theories that recovery window is limited to 6 months.
Charlotte, N.C. – Tuesday, July 25, 2017 – Until recently, researchers believed that if a stroke survivor exhibited no improvement within the first 6 months, then he or she would have little to no chance of regaining motor function in the future. This assumed end of recovery is called a plateau. However, a groundbreaking new article published in the Journal of Neurophysiology discusses a stroke patient’s remarkable improvement decades after suffering a stroke at the age of 15. Doctors Peter Sörös, Robert Teasell, Daniel F. Hanley, and J. David Spence formally dismiss previous theories that stroke recovery occurs within 6 months, reporting that the patient experienced “recovery of hand function that began 23 years after the stroke.”
The patient’s stroke resulted in paralysis on the left side of his body, rendering his left hand completely nonfunctional, despite regular physical therapy. More than twenty years after his stroke, the patient took up swimming when his doctor recommended he lose weight. A year later, he began to show signs of movement on his affected side and returned to physical therapy. Therapists fitted the patient with the SaeboFlex, a mechanical device shown to improve hand function and speed up recovery, and, after only a few months of therapy, he began picking up coins with his previously nonfunctional hand. He also saw notable improvement in hand strength and control with the SaeboGlove, a low-profile hand device recently patented by Saebo.
Functional MRI studies showed the reorganization of sensorimotor neurons in both sides of the patient’s brain more than two decades after his stroke, resulting in a noticeable recovery in both hemispheres and improved motor function. “The marked delayed recovery in our patient and the widespread recruitment of bilateral areas of the brain indicate the potential for much greater stroke recovery than is generally assumed,” the doctors reported. “Physiotherapy and new modalities in development might be indicated long after a stroke.”
“This article highlights what we have seen for the last 15 years with many of our clients,” states Saebo co-founder, Henry Hoffman. “Oftentimes, stroke survivors are told that they have plateaued and no further progress is possible. We believe it is not the client that has plateaued but failed treatment options have plateaued them. In other words, traditional therapy interventions that lack scientific evidence can be ineffective and can actually facilitate the plateau.”
“The SaeboFlex device is a life-changing treatment designed for clients that lack motor recovery and function,” Hoffman continues. “Whether the client recently suffered a stroke or decades later, they can immediately begin using their hand with this device and potentially make significant progress over time. I agree with the authors that the neurorehabilitation community needs to take a hard look at traditional beliefs with respect to the window of recovery following stroke. It is my hope that this article will spark more interest by researchers to investigate upper limb function with clients at the chronic stage using Saebo’s hand technology.”
The abstract and article in its entirety can be viewed at the Journal of Neurophysiology’s website, jn.physiology.org.
If you are suffering from limited hand function or have been told you have plateaued, then schedule a call with a Saebo Specialist or click here to get started on the road to recovery.
ABOUT SAEBO
Saebo, Inc. is a medical device company primarily engaged in the discovery, development, and commercialization of affordable and novel clinical solutions designed to improve mobility and function in individuals suffering from neurological and orthopedic conditions. With a vast network of Saebo-trained clinicians spanning six continents, Saebo has helped over 250,000 clients around the globe achieve a new level of independence. For more information about Saebo, please visit: www.saebo.com.
Facebook: https://www.facebook.com/saeboinc/
Twitter: https://twitter.com/saeboinc
LinkedIn: https://www.linkedin.com/company-beta/1542162/
YouTube: https://www.youtube.com/user/SaeboInc
Tweet
Took 0 milliseconds

Click here to chat with one of our customer service agents